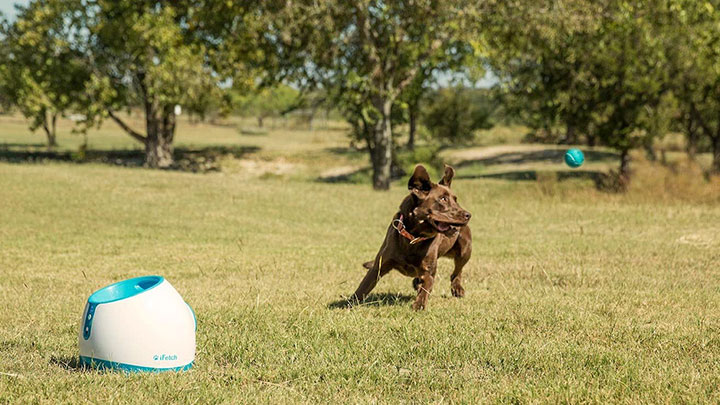 Oh hey, dead arm! Playing fetch with your pup can be exhausting!

Dogs, especially puppies will go and go for hours. It’s almost like they do not understand their body’s warning signs of being tired or physically exhausted. They play, run, and fetch until they can’t anymore and then they beg for just one more throw. It’s a dog’s world and we are just living in it.

However, if you have ever played an abundance of fetch, your arm becomes worn out rather quickly.

That’s where the helpful dog ball launcher comes into play! 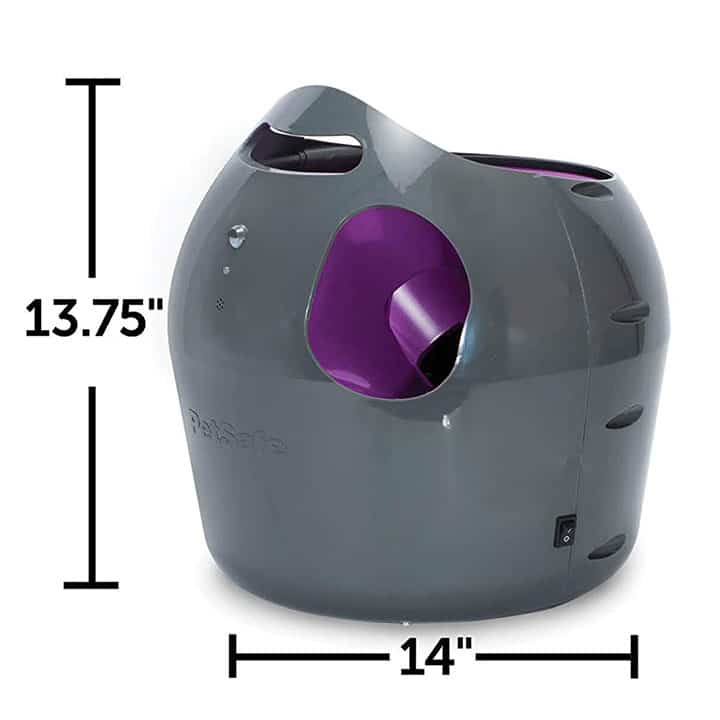 The PetSafe Automatic Launcher packs the biggest punch. Safety is of the upmost importance  and with this launcher, sensors ensure that nobody is in range to be hit by a ball.

Also, to avoid overworking your pup, there is a kill switch that shuts off the machine for a period of time after 15 minutes of play.

The name says it all with this model. Safety comes first and this launcher has many sensors on it. In particular, the front sensor can protect anyone, dog or human, that is standing within 7 feet of the front of the device where the ball will be launched from.

It can launch a tennis ball anywhere between 8 and 30 feet and has 9 distance settings. This product also has a rest period shut off to provide necessary rest after 15 minutes of play.

Like some of the other brands, the iFetch launcher can be set with a button to launch a tennis ball 10, 25, or a whopping 40 feet. You can set it to be random as well. Instead of plugging in, this machine runs off of a rechargeable battery

This particular ball launcher comes in two sizes: one for small dogs and one for large dogs. One particularly great feature of the iDogmate is that it has an arced wheel mechanism in which balls wet from dog saliva do not get stuck inside of the launcher.

There are different settings on the launcher that allow the user to choose between 10, 20, 25, or 35 feet. You can also choose from a random setting and this will be sure to keep your pup on his or her toes.

This launcher can be set up to provide three varying angles for the ball to be launched from. Before the ball launches from this particular model, a safety mode sound is made that alerts your pup that the ball is about to be launched. This brand is plugged in and does not run on batteries.

This automatic launcher does not shoot the balls out as far as the other brands. Instead, this launcher trains your pup to fetch the ball and drop it back in the machine to be launched again.

Each time your pup does this, treats are released along with the ball, which is sent at an easy roll instead of a slingshot like the other launchers.

With this Felix & Fido launcher, you have the ability to choose the launch distance. This launcher can be used anywhere, either outdoors or indoors, as it offers the option to use plugged in or with batteries.

It should be noted that with this launcher, it only fits small sized tennis balls and is intended for use only by small dogs.

7. All For Pets Interactive Ball Launcher

With this interactive ball launcher, you can toggle between a launching distance of 10, 20, or 30 feet by pressing a button on the device. With this launcher, your dog can learn to drop the ball in on his or her own.

It should be noted that this launcher, unlike most others can usually be found below the $100 mark.

With 3 distance settings of 10, 20, and 30 ft, it is fairly easy to customize your distance for the ball to be launched with the touch of a button. This brand launcher comes with both a rechargeable battery and a cord to ensure that you are never without access to the toy for your pup.

Like some of the other brands, this launcher has the option to have treats reward your pup every time he or she drops the ball back into the machine.

This is as futuristic as dog ball launchers get! This model speaks to your dog, telling them to get the ball and then praising them when they bring the ball back to you.

The launcher will work both inside and outside, as it can work off of a power cord and batteries. The downside of this model is that it is only compatible with small tennis balls for small dogs.

Click on the image left/right arrows below (or here) for full directions on a DIY automatic ball launcher.

Q: Can any size ball be used with the automatic ball launchers?

A: Most of the automatic launchers either come in one size or have the option to buy the launcher in a small or large size, to be used with a small or large tennis ball that is provided. If you are able to match up the size of the ball with the size of the provided tennis balls, you should be able to interchange them. Be sure to check the launcher’s instruction manual.

Q: Are the launchers reliable enough for the dog to play with indoors while home alone?

A: Some of the launchers are able to be programmed to launch at a certain distance. As long as your pup grasps the concept of dropping the ball in the launcher after he or she fetches it, and the area is free of any possible dangers or the possibility of something breaking, a launcher should be reliable enough to trust your dog with while home alone.

Q: How can you clean an automatic ball launcher?

A: While the launcher is safe with minimal amounts of dog slobber on the ball (please try to wipe the ball before returning it into the launcher), you should be careful to not get it wet. Use a cloth, slightly damp to clean any dirt and be sure to wipe it dry after.